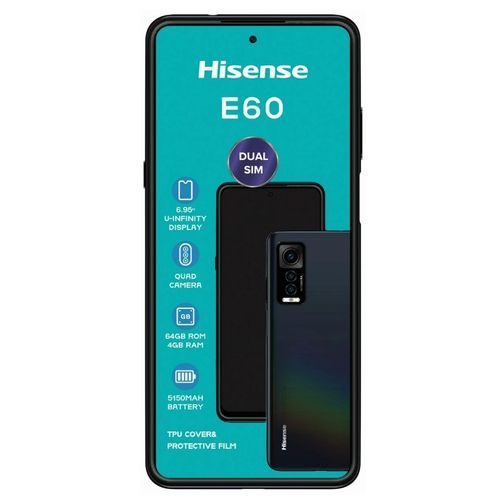 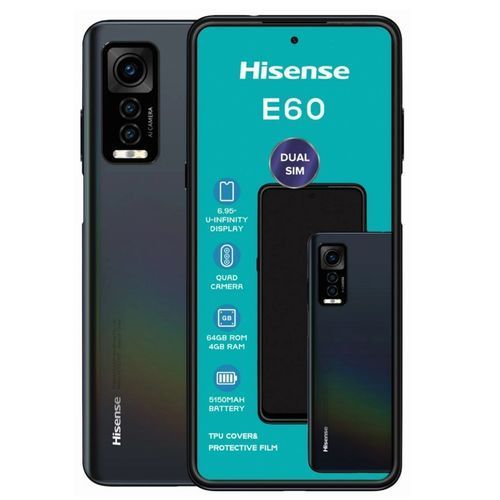 Delivery UGX 5,000
Delivery by 29 November when you order within next 39mins

Delivery UGX 2,600
Pickup by 29 November when you order within next 39mins

The HiSense E60 is the direct successor to the E50 of last year, and also the higher variant of the E60 Lite. Unlike previous models, this years’ E60 is offered in a super large display, but same SC9863A CPU is used. To be specific, the phone comes in a 6.95-inches screen with 1080 x 2460 pixels with a dot notch in the middle.

On the inside, the HiSense E60 is powered by the aforementioned UNISOC SC9863A octa-core CPU, clocked at 1.6GHz, along with PowerVR GE8322 GPU. The phone has 4GB RAM, paired with 64-Gigs of internal storage. 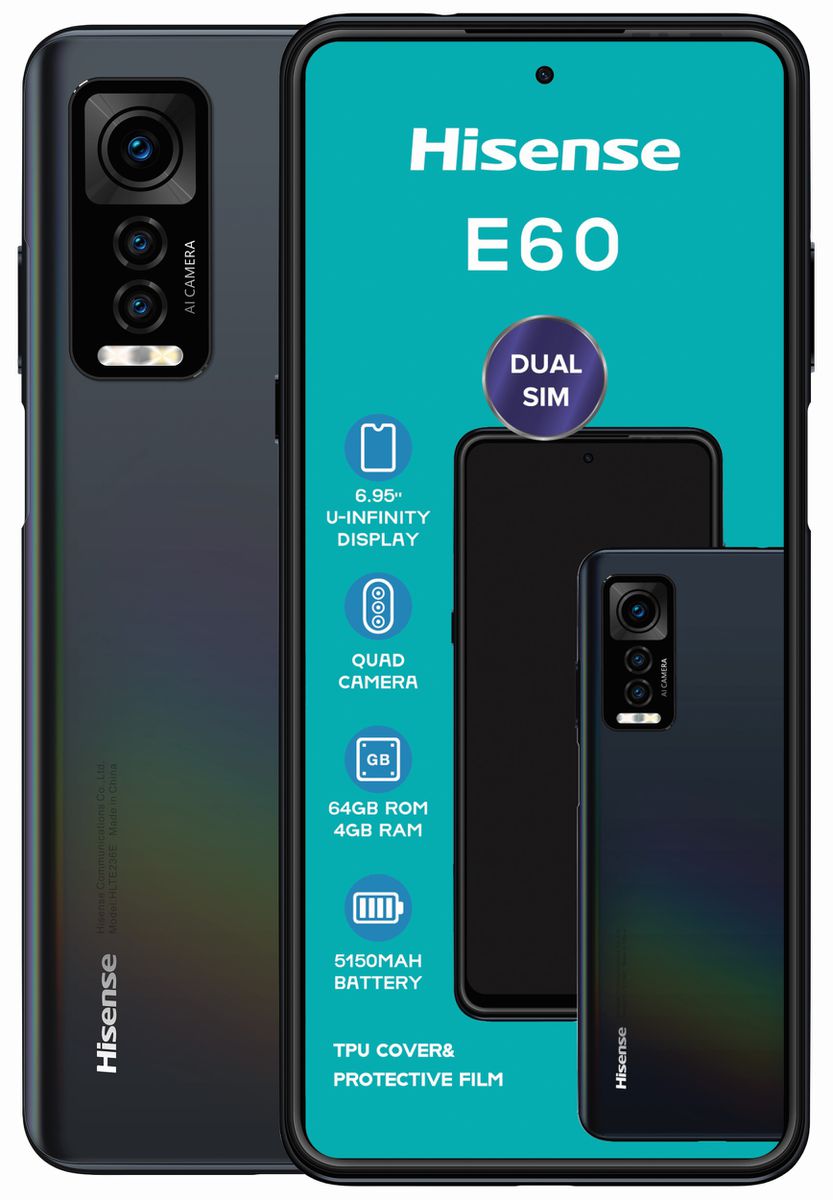 Turning to the back, you are getting three sensors. These includes a 16-megapixel primary lens, 5-megapixel wide and a third 2-megapixel depth sensor. There is also dual LED flash on the rear, while the frontal selfie shooter is single 8-megapixel lens.

To carter for the large display, a 5100mAh battery is available on the inside. The device also has a side-mounted fingerprint scanner, and support FaceID as well. It also support Dual-Nano SIMs with 4G LTE support, and boot Google Android 11 out of the box.