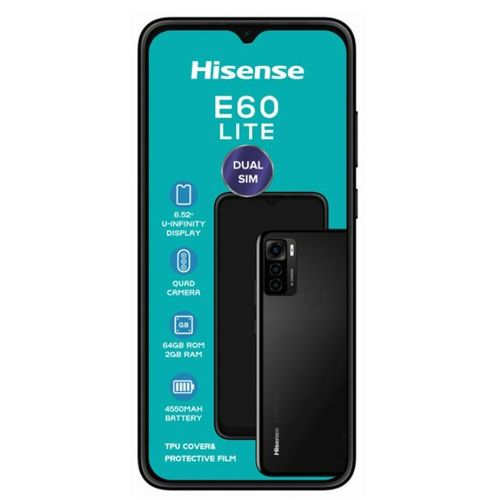 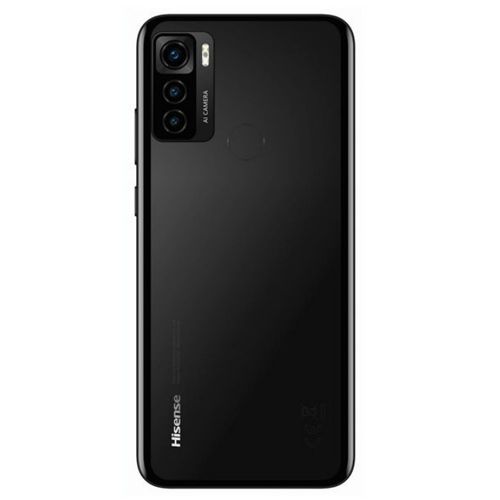 Delivery UGX 5,000
Ready for delivery between 11 August & 12 August when you order within next 11hrs 25mins

Hisense E60 Lite is the latest entry-level smartphone from Hisense. The model is the direct successor to the E50 Lite of last year, and powered by an 8-core CPU. From the front, the device sports a 6.52-inches HD+ display with 720 x 1600 pixels. The screen is IPS and a dewdrop notch is kept on the head. 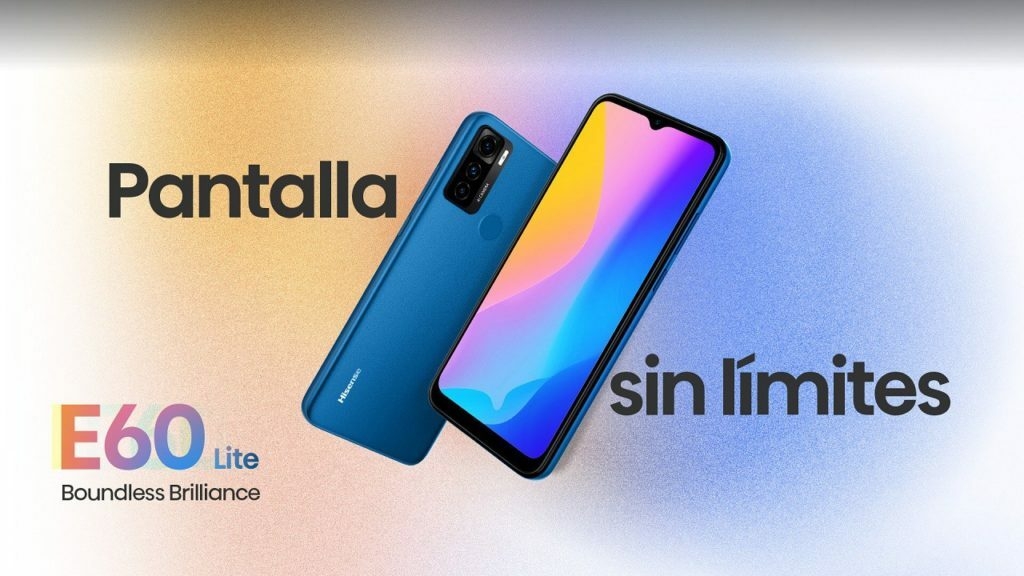 Under the hood, the Hisense E60 Lite is powered by UniSoC SC9863A CPU clocked at 1.6GHz, along with PowerVR GE8322 GPU. The model has 2GB RAM and 64-Gigs of expandable storage.

On the camera wing, there is a single 5-megapixel selfie snapper on the front, while a set of three lenses are used on the rear, of which the primary shooter is a 13-megapixel lens, along with 5MP and 2MP secondary sensors.

The device has a rear fingerprint scanner, along with FaceID. You are also getting dual 4G LTE SIMs, Bluetooth 4.2 and micro USB 2.0. The phone has a 4500mAh battery and offers Google Android 11 (Go Edition) out of the box.